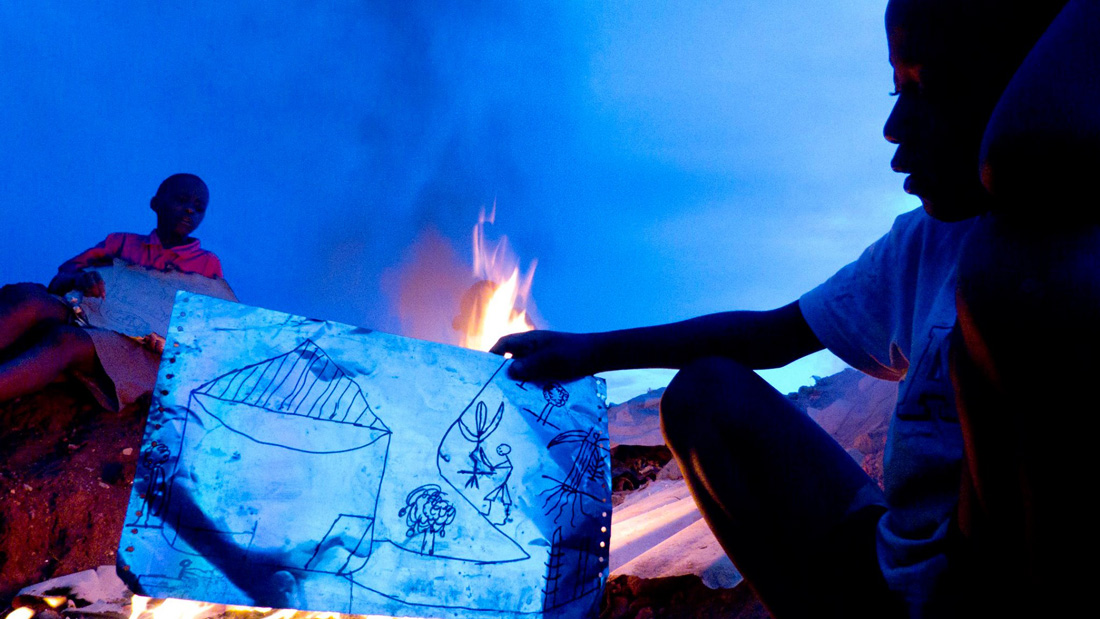 In 2014 I travelled, to the Kigezi highlands. It was my first expedition of this kind as it basically meant the transition from my random slum life documentary work in Katanga, to a focused and specific expedition to the Batwa (pigmy) tribal people around Lake Bunyonyi.

After hours on the Lake, we arrived in the hills where some pigmies have been re-settled to try agriculture.  As I interacted with them I noticed the former hunter-gatherers do not like that much digging. So when they were not dancing for tourists I saw them mostly just lethargically sitting around.  After a few trips back and fourth, I started following some individual pigmy families to better understand how they were adopting to their new life. Dancing with them, and interviewing them gave me more insight into their plight. I decided to start an active dialogue between them and the other marginalised community we were already documenting in Katanga.

I continued interviewing, and filming with a view to have a good short documentary story that we can present to the local Ugandan community but also children in Berlin who had earlier expressed interest (through their schools) in this cultural exchange. I am now consciously documenting a short film that shows the combines experiences of all the different communities involved.